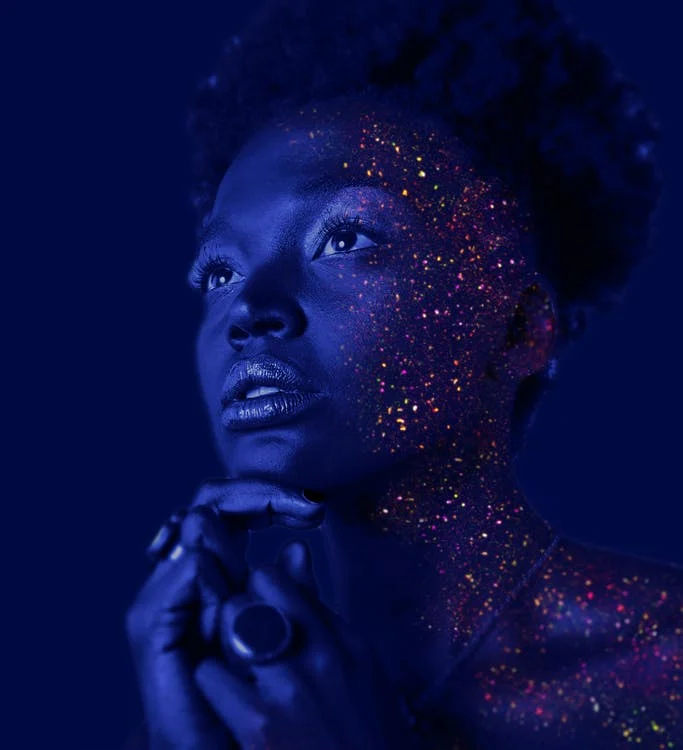 The recent media hype about the emerging world of digital assets like cryptocurrencies and non-fungible tokens or NFTs has undoubtedly caused confusion in many peoples’ minds. Trying to understand the world of NFTs is especially difficult for even sophisticated investors and art collectors, given how easy it is to reproduce digital artworks and photographs by taking screenshots or copying images with a simple right-click on a mouse.

But is it illegal to screenshot an NFT? Do they lose value or are they rendered worthless with untold numbers of illegal copies floating around the internet?

While they represent an interesting and unique approach to how digital art is produced, sold, and distributed, their ease of reproduction and explosive growth in popularity also raises a number of concerns about NFT-based frauds and scams. As well, a wave of doubt about the true value of digital assets remains given their intangibility and impracticality as a store of value for investors.

Is it okay to screenshot an NFT?

Meanwhile, legal issues surrounding NFTs abound, whether they’re seen as pieces of art in copyright and tax law, securities in regulated financial markets, or at their worst, worthless chunks of data stored on a blockchain of dubious value with no practical uses in a commercial marketplace setting.

Below are some things to think about:

Some NFTs sell for millions of dollars, including the first Tweet ever by the company’s CEO Jack Dorsey which went for nearly $3 million, there’s no doubt that the burgeoning market for digital artworks is growing at a fast pace.

With growth, though, pain often follows and the growing pains of the NFT industry are no different. While investing in authentic NFTs, information about the work’s creator gets stored on the blockchain, while buyers of the works also get recorded, allowing people to trace an NFT back to its original creator and initial buyer with ease. 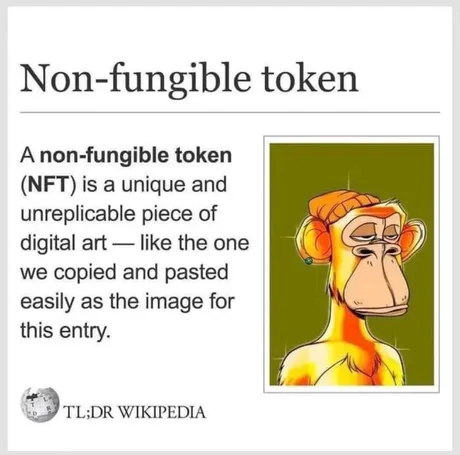 Is it copyright infringement?

A fake NFT, like a screenshot or crude copy, can therefore be traced back to the scammer who minted it in the first place, running the risk of exposing themselves to copyright infringement lawsuits or other legal consequences. Moreover, a screenshot of an NFT is often likened to taking a photo of a physical painting, which has no effect on an original piece of artwork’s value no matter how many photographic reproductions of it exist.

Learn more about the law:

It’s a common analogy in almost all commentary on the subject, while debates rage online about what it truly means to “own” a digital image that can be endlessly copied and posted online by anyone, anywhere in the world with access to the internet. The hype around NFTs has birthed its own lexicon, with cryptocurrency and NFT boosters and enthusiasts insisting that digital assets are as valuable as they are misunderstood by the general public.

Essentially, the owner of an NFT holds a certificate of authenticity and proof of purchase over a piece of digital art that can be verified on a public blockchain ledger. A so-called “right-clicker,” who copies that image and posts it online, on the other hand, has no claims of ownership over the rights associated with purchasing an NFT from an exchange such as OpenSea, an early market entrant that boasts of being the “world’s first and largest digital marketplace for crypto-collectibles and non-fungible tokens.” Founded in 2017, OpenSea touts non-fungible tokens as being “provably scarce” and traded or gifted with ease, while being programmable, contrasting them with physical goods and assets. 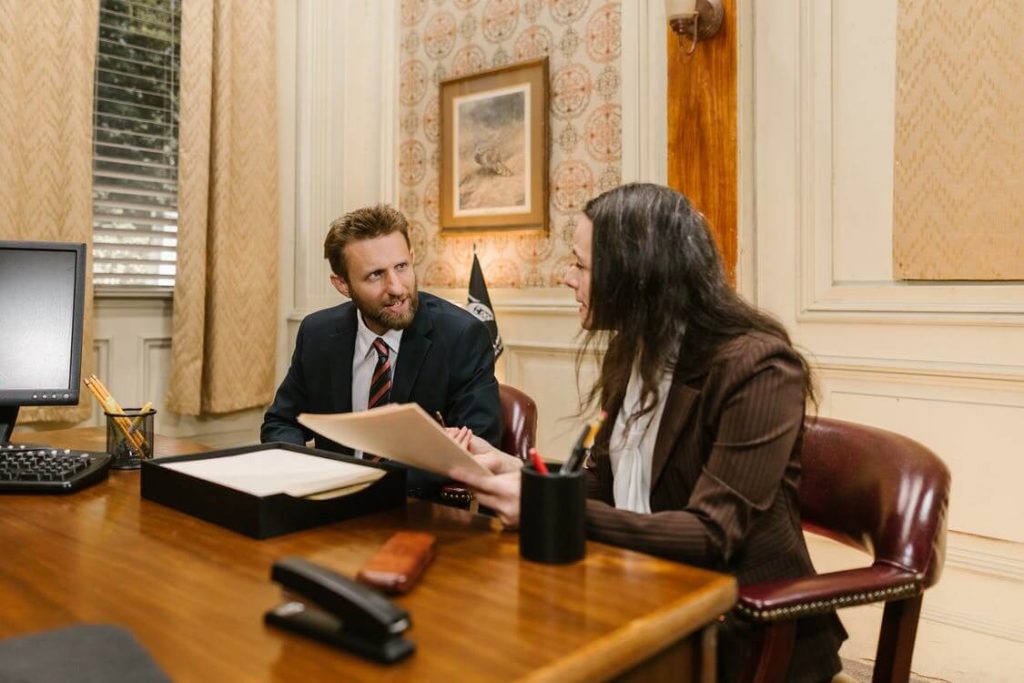 Will a smart contract protect you?

The OpenSea NFT marketplace reportedly hosts billions of dollars in monthly transactions involving NFTs that could be images, music, or video-gaming-related content. Though it likely faces a growing threat from new players in the NFT space as cryptocurrency firms seek to diversify their offerings during a prolonged downturn in prices, it’s NFT-based fraud that represents a vast risk to both consumers and online platforms. As noted by Forbes in November 2021, OpenSea’s open-market platform allows pretty much anyone to offer non-fungible tokens for sale.

The magazine compared this business model to that of Amazon and eBay, which allows anyone to sell virtually anything, leading to widespread fraud and counterfeiting that has dogged the online e-commerce world since nearly its inception. With that analogy to opening online marketplaces for physical goods in mind, the magazine pointed out that anyone can post a copy of original work and pass it off as their own, offering it for sale on the OpenSea platform.

While the company is purportedly working on an automated system to weed out fakes and fraudsters, NFTs and the firms that deal in them are also open to a form of insider trading. For instance, OpenSea had to turf a management-level employee last year when it was publicly revealed that he had been acquiring NFTs with the foreknowledge that they’d be appearing on the platform’s front page, a near sure thing to boost the token’s value.

The protection of digital assets

Fraud and counterfeiting concerns aside, investors in NFTs also have to be aware of how copyright laws and intellectual property issues add to their risk. As noted by Fortune magazine in August 2021, NFTs are subject to copyright laws like any other piece of art. Even though creators and buyers can be confident that their works are authenticated and verifiable on the Ethereum blockchain, Fortune’s article warned that potential copyright violations could sink the market or at least make a significant dent in its overall value, now estimated annually to be in the billions.

The article, authored by St. Louis-based intellectual property lawyer Jonathan Schmalfeld, highlighted how American copyright law is extremely punitive when it comes to commercial copyright infringement, carrying large potential damages awards even against people who unknowingly violate the law. To illustrate the potential pitfalls of the online viral hype surrounding NFT projects, Schmalfeld’s article details how investors got burned by a project known as “Weird Whales.” 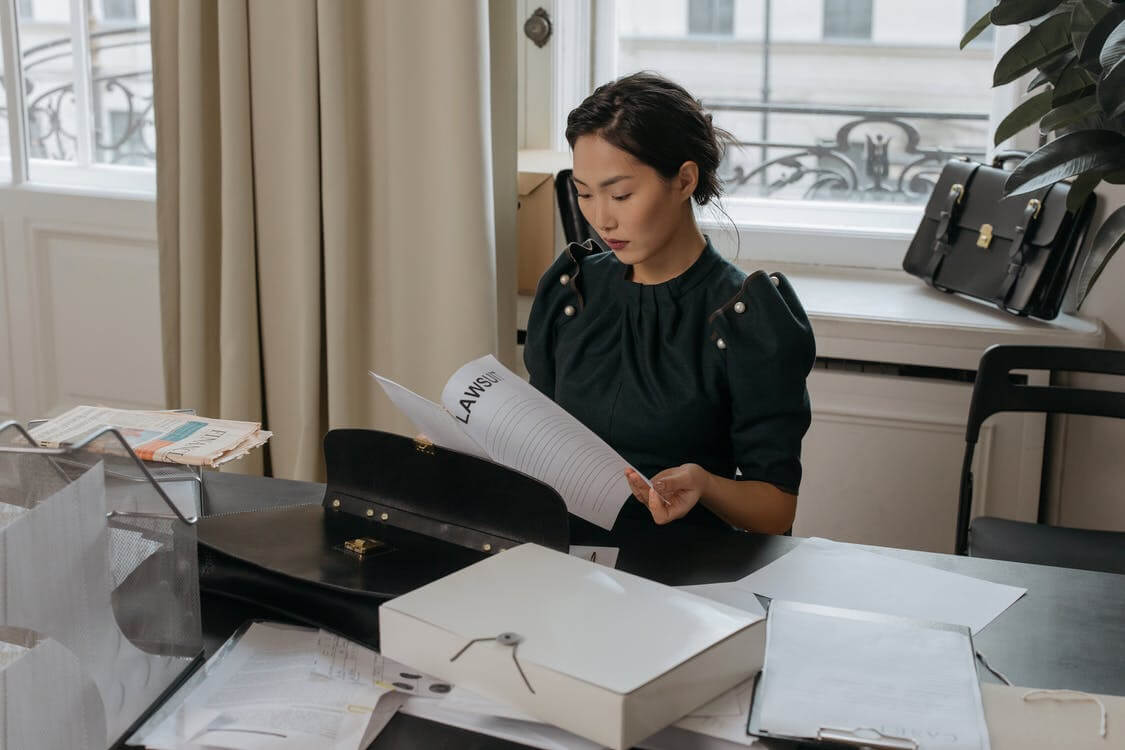 The project involved a 12-year-old programmer and a “heartwarming” story of launching an NFT project, where he’s said to have minted more than 3,000 pixelated images of tiny whales that sold out rapidly. Selling originally for about $65 in Ethereum, people reportedly began selling them off for upwards of $6,000.  However, all it took was a google search to reveal that the project was suspiciously similar to another NFT collection of tiny, pixelated whale images. While it was unclear if any intellectual property theft actually occurred, the market was apparently spooked enough to begin selling the weird whales’ digital collectibles at a loss.

To avoid buying potential copyright-violating NFT, Schmalfeld advises people to thoroughly research a project and its creators, while also being careful to find out what intellectual property rights are associated with the purchase of an NFT. In addition, the article states that hiring a lawyer might be a necessary step if you’re about to drop a lot of money on a non-fungible token.

Since many projects are similar, with copycats being inevitable and “unavoidable” in the NFT sphere, Schmalfeld concludes that their potential for explosive gains also comes with the risks of losses. Moreover, the ease of creating copycat images online as satire or parody provides a potential defence against infringement claims, but it is yet to be put to the test. However, that’s likely about to change.

To date, perhaps the greatest legal test involving NFTs is a lawsuit filed in California in June 2022 by Yuga Labs Inc., the company behind the “Bored Ape Yacht Club” collection of NFTs. The company is suing an artist named Ryder Ripps for allegedly “trolling” the company and “scamming consumers” by offering a copycat collection of images identical to Yuga’s Bored Ape collection.

The lawsuit accuses Ripps of attempting to “devalue the Bored Ape NFTs by flooding the NFT market” with the allegedly infringing images, while “brazenly” promoting his collection using Yuga’s trademarks. “This is no mere monkey business,” the complaint states. “It is a deliberate effort to harm Yuga Labs at the expense of consumers by sowing confusion about whether these … NFTs are in some way sponsored, affiliated, or connected to Yuga Labs’ official Bored Ape Yacht Club.”

“Ripps’ misuse of Yuga Labs’ trademarks and false advertising,” the complaint adds, “is not accidental.” For his part, Ripps reportedly claims he created the copycat collection “to protest and educate people regarding The Bored Ape Yacht Club and the framework of NFTs.” 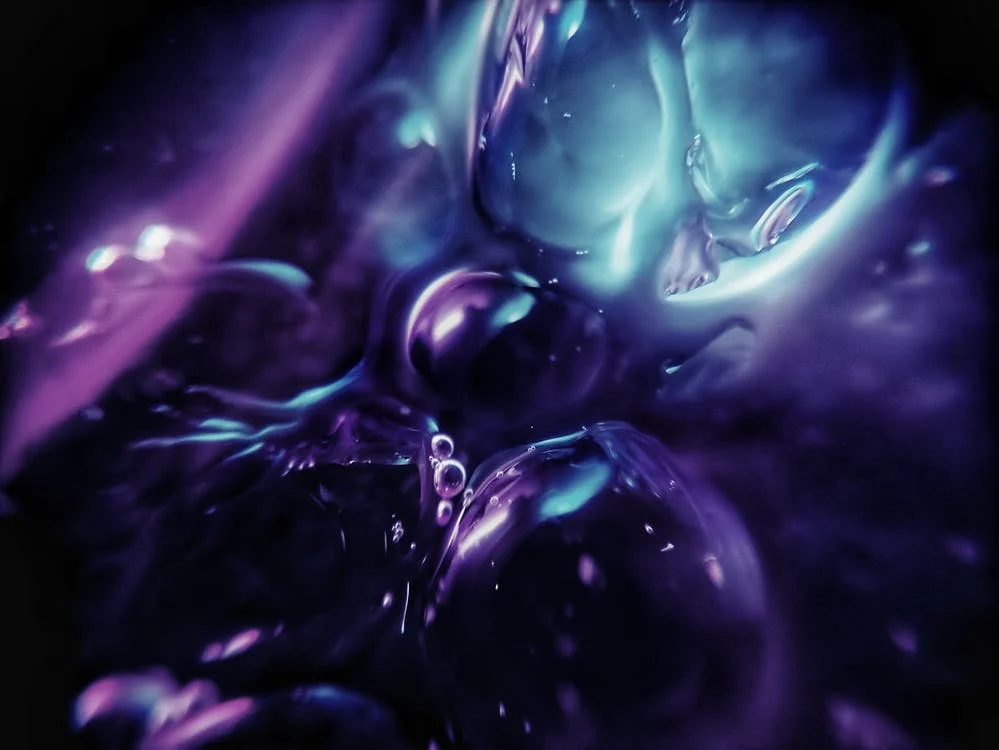 There’s a lot of confusion when it comes to NFTs. Below are some common things people ask about:

As the market for NFTs expands and both private and institutional investors enter the space, lawsuits and legal issues are sure to arise as more and more money is pumped into digital assets. But like any piece of art, its value is basically wholly dependent upon how much someone is willing to pay for it.

While collections like the Bored Apes are touted as valuable due to their rarity, with only 10,000 in existence, their worth as an investment vehicle or store of value could rise and plummet wildly from one day to the next, much like any other cryptocurrency or digital asset.

What sets them apart, however, is that their scarcity and rarity are somewhat illusory, given how easy they are to copy and distribute. It may be illegal to screenshot or copy an NFT under intellectual property laws, but they have yet to be put to the test in court and questions surrounding their value, utility, and overall worth will likely remain unanswered for quite some time.

Hopefully now you know if it’s illegal to screenshot NFTs. See this helpful video on the law behind NFTs below.