In Canada and the United States, federal criminal laws don’t generally restrict or prohibit people from sleeping in their cars, nor do state or provincial laws since parking regulations and rules are left to cities and municipal governments to enact and enforce. Obviously, if you stop your car in a no-parking zone on a city street to take a snooze, you could find yourself in some trouble.

In many cities in Canada, for instance, even streets without signs spelling out parking regulations have a three-hour time limit for non-residents. This means that if a neighbour spots you sleeping in your car and calls in a complaint to the city or police, you can be ticketed and towed or worse. People who have been drinking and decide to sleep it off in their vehicle after a night at the bar, can also find themselves in trouble with the police, even if they don’t intend to drive.

It was back in 2012, for example, when the Supreme Court of Canada ruled that people who are in “care and control” of a vehicle – even one that’s not moving – can be charged with impaired driving. The case involved a man who was drunk and unable to safely drive on a chilly winter morning. The man fell asleep in his truck after turning on the vehicle to heat up the cab.

Someone had called him a taxi, but the driver found him asleep in his running truck and notified law enforcement. The cops arrested the man and charged him with having “care and control of a motor vehicle” while he was over the legal blood-alcohol limit. A lower court acquitted him, but Crown prosecutors appealed and won, setting the stage for the Supreme Court to weigh in on the case.

The majority on the court’s panel of justices found that the Court of Appeal correctly found that the man should’ve been convicted of impaired driving, with prosecutors having “amply proved” that he was drunk while in care and control of the truck at the time of his arrest. The police, according to the ruling, found the man sleeping in the driver’s seat of the truck with the engine running.

Though the vehicle wasn’t moving, the court found that he had started the engine and had “clearly committed acts of care and control in relation to the vehicle.” More damningly, he reportedly asked the cops to leave him alone so he could get on the road after being woken up from his inebriated slumber. Moreover, there was no doubt that he was drunk and over the legal limit at the time of his arrest, though the offence of impaired driving in Canada is different from having “care and control” of a vehicle that’s not moving.

Regional rules against sleeping in your car

In the U.S., there’s also no federal prohibition on sleeping in your car, while most American states don’t have explicit rules or laws against sleeping in it, though most have time limits and specific places where it’s allowed, such as highway rest stops during certain hours and lengths of time. Parking and sleeping on private property without an owner’s permission is also grounds for police to get you to move on, though that may just involve telling you to go to a Walmart parking lot.   In some regions of Australia, sleeping in your car can result in a fine. Furthermore, in the United Kingdom, drivers found asleep in their vehicles can be subject to fines and even imprisonment, with similar rules to Canada’s “care and control” law.

But many cities in California, for example, have outlawed sleeping in your car, even as the number of homeless people grows day by day. Los Angeles had an ordinance dating back to 1986 that outlawed using your vehicle as a “dwelling,” but it was struck down in 2014 before being tweaked a couple of years ago to again outlaw the practice. In other wealthy cities, such as Palo Alto, city governments have also placed limitations on sleeping or living in cars, in part to appease the growing number of rich residents through so-called “quality of life” laws that critics say discriminate against homeless people.

Can I legally sleep in my car?

Cities and towns across the world must contend with the problems surrounding homelessness, and those problems only promise to persist as inequality and stagnant wages continue to push people out of stable and affordable housing. Some people may sleep in their cars due to fatigue or a sleep disorder, while others are forced to live in their cars due to hostile economic conditions. Ironically, until the problems grow out of control, politicians and the public are likely unaware of just how dire the housing situation can be for many people, and in the coming years, they may be in for a very rude awakening.

Are you still wondering if sleeping in your car is illegal? We spoke to some people who have experience will sleeping in their vehicles.

Federals laws about where you can sleep

There is no federal law that prohibits people from sleeping in their cars. However, each province and municipality has its own rules and regulations about overnight parking. For example, some cities may allow overnight parking in certain areas, while others may only allow it for a certain amount of time. Additionally, some provinces may have restrictions on overnight parking, and some strictly implement not allowing people to spend the night at rest stops. A maximum of four hours is the general rule.

If you are planning on sleeping in your car, it is important to check the local laws beforehand to avoid getting a ticket. Additionally, it is important to be aware of your surroundings and practice good safety precautions. For example, you should try to park in a well-lit area to reduce the risk of theft or vandalism and keep your doors locked. Finally, be sure to tell someone where you will be and leave a note on your dashboard indicating that you are sleeping in the car. 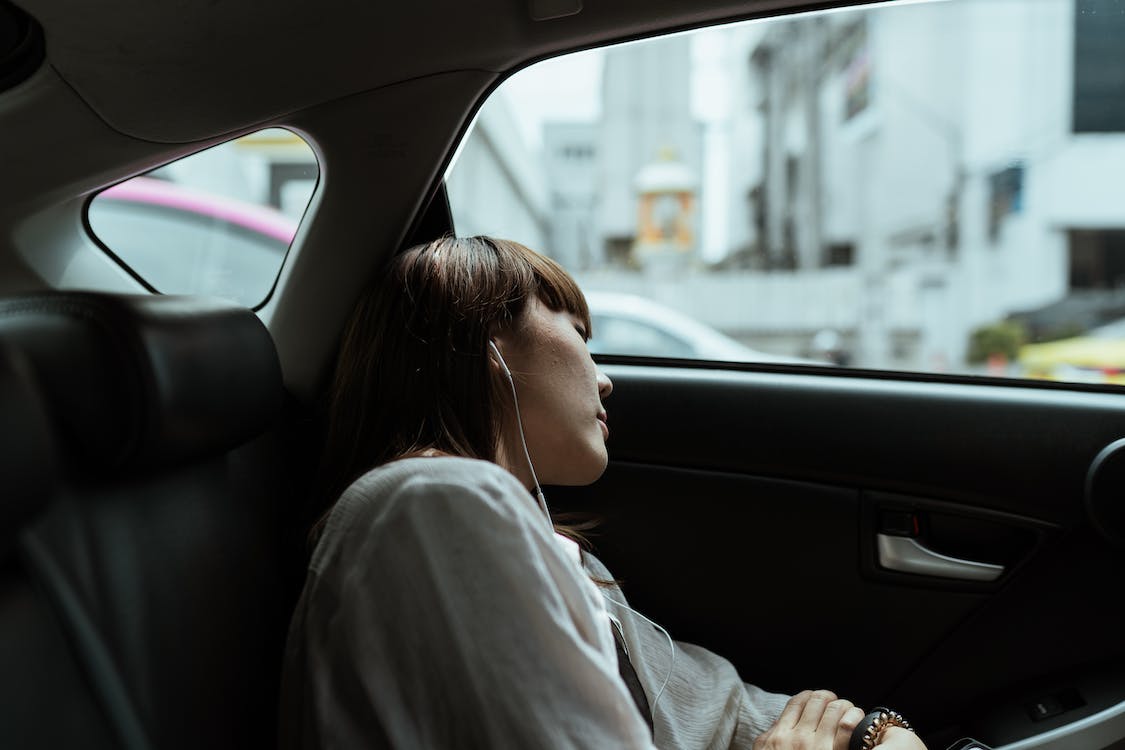 Tips for sleeping in your car

I am based in the United Kingdom, and according to my research, it is legal to sleep in your car as long as you follow these guidelines:

1. You are not causing a nuisance to others. It is important to be considerate of those around you when you are camping in your car. Make sure you park in a well-lit and safe area and be respectful of noise levels.

2. You are not breaking any local laws. Before you settle in for the night, do some research on local camping laws. Some areas have restrictions on where you can camp, so it is important to be aware of these.

3. You are not camping on private property without permission. If you are planning to camp on someone else’s property, make sure you have their permission first. You don’t want to cause any damage or create any problems for the property owner.

4. You are not blocking anyone’s driveway. This is just common courtesy. If you are blocking someone’s driveway, they may not be able to get in or out, and this could cause a problem for them.

5. You are not putting yourself or others in danger. Make sure you are aware of your surroundings and take precautions to stay safe. If you are unsure about something, it is always better to err on the side of caution.

Founder and CEO of Cicinia

It depends on where you live

The answer to this question depends on the country you are asking for. In the United States, for example, many “free speech” laws protect people’s ability to sleep in their cars without being harassed or ticketed by law enforcement. However, in other countries like Canada, there are no such laws, and people can be ticketed or arrested for sleeping in their cars.

It’s important to remember that even if you can legally sleep in your car, there are still other considerations to consider. For example, if you are sleeping in your car in a public place, like a parking lot, you may be asked to move along by law enforcement or the property owner. And, if you are parked on private property, the property owner can ask you to leave. So, while you can generally legally sleep in your car in the United States, there are still some things to consider before doing so. 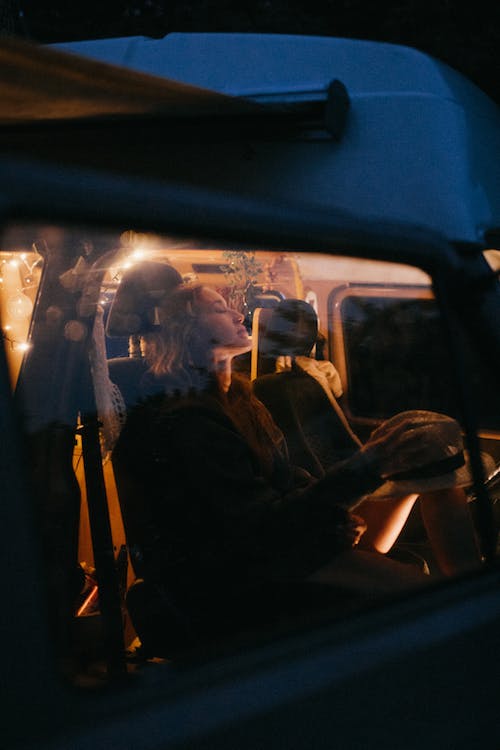 Generally speaking, there is no federal or state law that prohibits you from sleeping in your car. Of course, you are never allowed to park on private property or in areas where it is illegal to park and sleep in your car. However, every municipality will usually come with its own local ordinances that end up superseding federal and state laws. For instance, some cities do make sleeping in your car a crime by citing you for loitering.

Meanwhile, others contain laws that can have you arrested for sleeping in your car while intoxicated. In these states, you can end up with a DUI, which can end up affecting your auto insurance in the process. How long does a DUI stay on your record? It can stay for up to 10 years and impact your rates by 75%.

Sleeping in Your Car Conclusion

There are some exceptions. In some cities, there are designated parking lots for people who are sleeping in their cars. These lots may have amenities like bathrooms and showers. In other cities, there may be church groups or nonprofit organizations that provide supportive housing for people who are homeless and live in their cars. It is important to check with the local government before sleeping in your car to make sure you are following the law and to find safe places to stay if you are homeless.